I finally decided to pull all my collections that were all over my house, in my office and in my studio and I built them into one delicious altar. I am so excited that this is now in my studio. By surrounding myself with things that matter deeply to me and remind me of importantÂ experiences is such a warm and delightful feeling. I love looking at this altar.

This week we celebrate all things local! Get in on the action and spend your money on your local economy this week. Laboratory5 Inc is a locally owned business so naturally it is important to us to promote and celebrate all of our localists in AZ and around the country.

Check out some of your favorite local shops and business this week and get in on some great deals. Grab your golden ticket and get to shopping!

Celebrating Summer SolsticeÂ is a great way to connect kidsÂ with nature as Solstice highlights the transitions in nature.Â Crops are starting to grow, daylight is at its peak and the weather in most locations is inviting.

FLOWERSÂ  – Pick some fresh outside, visit a florist, ResearchÂ legendsÂ about flowers

FIRE – Have a Bonfire -Â According to old pagan traditions, the bonfires would to scare off witches and other evil creatures during the Solstice.

June Solstice: Longest and Shortest Day of the Year

A solstice happens when the sun’s zenith is at its furthest point from the equator. On the June solstice, it reaches its northernmost point and the Earthâ€™s North Pole tilts directly towards the sun, at about 23.4 degrees.Â It’s also known as the northern solstice because it occurs when the sun is directly over the Tropic of Cancer in the Northern Hemisphere.

‘Solstice’ (Latin: ‘solstitium’) means ‘sun-stopping’. The point on the horizon where the sun appears to rise and set, stops and reverses direction after this day. On the solstice, the sun does not rise precisely in the east, but rises to the north of east and sets to the north of west, meaning it’s visible in the sky for a longer period of time.

Although the June solstice marks the first day of astronomical summer, it’s more common to use meteorological definitions of seasons, making the solstice midsummer.

Setting Intentions for the New Year

Enjoy!
Intentions Meditation I came up with three focused intentions for 2016. They are:
Stay committed
Focus on being more of a Hermit
Gather time from all resources
p.s. Why bananas? 2016 is the Year of the Monkey

I am teaching two workshops at the Shemer Art CenterÂ  for Summer artSpace.

Both workshops will be inspired by the exhibition Joy of Toys on view at the Shemer Art Center this Summer. The work included in this show highlights toys from around the world created out of recycled materials. Join these workshops to create your own toys out of found objects. Enrollment is online – forms can be downloaded HERE 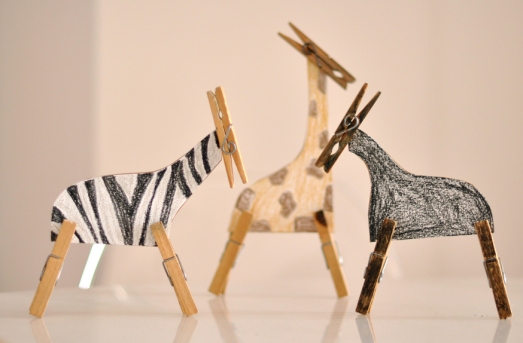 Enrollment is online – forms can be downloaded HERE